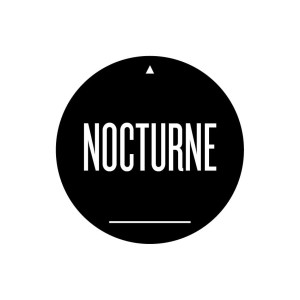 Putting on parties in Belfast with its draconian licensing laws is a daunting task. This may be part of the reason handfuls of promoters have found themselves pushing the whole thing back to its roots, and occupying bespoke spaces with a sound system and a bring your own policy. One of these such promoters is Nocturne, with Belfast lad Jordan at the helm. Launching Nocturne as a strictly invite only affair in an art studio, with local heros such as Timmy Stewart manning the decks till morning, and zero online presence.

One year on, however, Nocturne has established itself as a key player in Belfast’s vibrant club scene. Having taken the party significantly more ‘legit’ so as to bring international DJ’s such as San Soda, Spencer Parker and Huxley to the city, throwing do’s in Belfast’s more quirky spots, such as Love & Death, The Menagerie and Aether. Still in it’s infancy, Nocturne can lay claim that the dynamic duo of Session Victim claimed the party was better than Panorama Bar, and with regulars admitting it is usually commonplace to book off work on the Monday if Nocturne was on the Friday, it really paints a picture.

And so with this in mind, the first birthday celebrations take place on Saturday 29th March at Aether, with German club stalwart, Roman Flugel, of Alter Ego fame flying over to headline the show. Coupled with the ever-reliable residents team of Jordan and Lokokos, and friends Schmutz, it’s likely to be a rowdy affair. Furthermore, keen to cover all angles, Jordan has drafted in UK house wonderboy, Huxley in two weeks time for April’s party, enforcing Nocturne’s ethos of quality house and techno, regardless of pigeonhole. If this is what the first year has brought us, here’s to plenty more Monday’s off work, whether scheduled or otherwise.